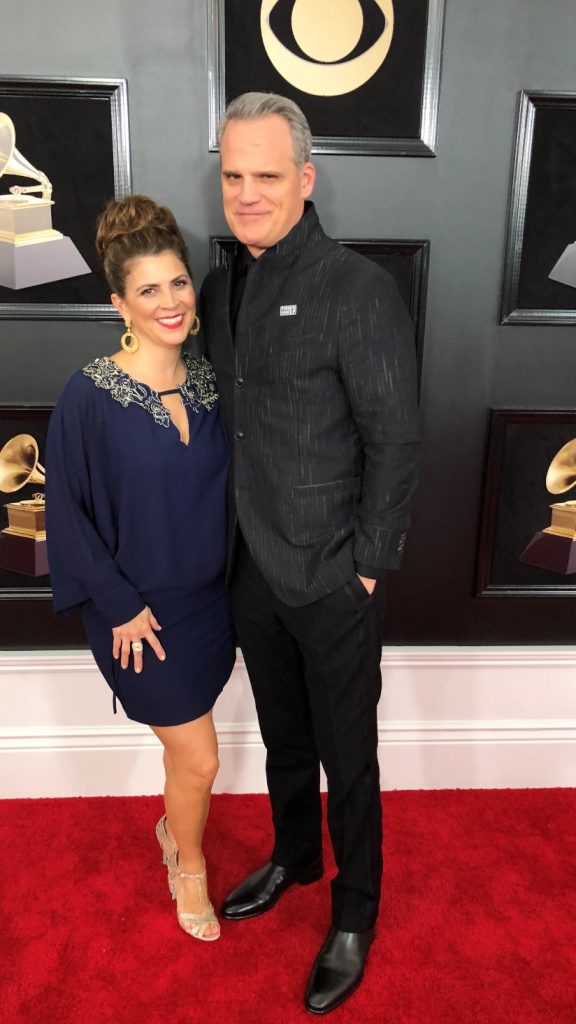 On January 28, the stage musical recording took home the award for “Best Musical Theater Album.” Dear Evan Hansen had stiff competition, running against the albums from Come from Away and the Hello, Dolly! 2017 revival.

There are plenty of glamorous jewels to be admired at award shows, as celebrities flaunt the latest must-have pieces from leading design houses. F. Silverman was proud to style Mrs. Park at this star-studded event, where diamond jewelry truly is a girl’s best friend!

Dear Evan Hansen has garnered critical acclaim since its Broadway opening in December 2016. Last year, the popular musical took home six Tony Awards, including those for Best Actor in a Musical and Best Score, but last month’s Grammy win marked the first for composers Justin Paul and Benj Pasek.

F. Silverman has been Bergen County’s trusted jeweler for more than two decades. Our thoughtfully curated selection of diamond jewelry features the most eye-catching and exclusive styles from leading designers. From heirloom-inspired pieces to Avant-guard creations, our diverse collection includes many trend-setting styles.

Get your red carpet glam with beautiful diamond earrings from F. Silverman in Woodcliff Lake, New Jersey – stylist to the stars!

Holiday Jewelry Gift Guide for Her

It’s the most wonderful time of the year! As you prepare for the holidays, write shopping lists, and start sending season’s greeting cards, don’t forget to shop for the special women in your life—whether it’s your mom, wife, girlfriend, best friend, or sister. To help you recreate that magical feeling this holiday season, here’s a jewelry holiday gift guide for ... Read More

Dust off your dreidel and prepare to spend quality time with your loved ones–Hanukkah is already around the corner! From elegant diamond micro tennis bracelets to regal solitaire pendant necklaces – and perhaps a Star of David pendant necklace to honor the holiday – F. Silverman is here to take the stress out of your Hanukkah shopping. Sparkle and Shine ... Read More